Bath Salts and the Zombie Apocalypse!

If you follow my website, blogs and postings, you’re aware that I write novels about Murder, Mayhem and Medicine.  Those are dreadful combinations to say the least, but they also make for entertaining story telling.  So how did I get fascinated with zombies?

In truth, I’ve really never been excited about zombie movies or books.  I like all kinds of entertainment and really have nothing against zombies, but my interests simply lie elsewhere.

HOWEVER, when I read in the news about a possible zombie outbreak, well, that got my 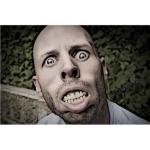 attention!  There have been several cases of extreme violence and cannibalism reported recently from Canada to New York to Florida.  For example, a Staten Island man recently bit off the ear of another patron at a diner there and a man was found naked along a Florida highway gnawing off a good portion of another man’s face.

I began to wonder if I should be more interested in zombies, especially since the CDC actually created a website on “Zombie Preparedness” last year.  Is there a zombie invasion on the horizon?  I needed to know, so I did what most writers do to gain insight on any given subject.  I DID RESEARCH, and this is what I found.

Let’s talk first about that CDC website regarding a zombie apocalypse.  It was a tongue in cheek blog they did regarding emergency preparedness.  The central theme was that if you’re prepared for a zombie attack, then you’re ready for any disaster: hurricanes, floods, earthquakes or a pandemic.  If I thought zombies were roaming around my street, the things I’d do would be to stay indoors or evacuate real fast and meet up with my loved ones, and that’s exactly what I’d do in any other natural disaster.  And the CDC offered suggestions for just such actions.  It was a really cool way to get the point across about emergency preparedness.

But what about those flesh-eating men?   Seems their odd behavior and a whole string of other recent, violent crimes can be traced back to the use of “bath salts”.  (And my wife told me bath salts were a soothing, relaxing experience!)  Well, not these bath salts.  They’re the latest designer drug that people snort, smoke or inject to get what appears to be THE ULTIMATE HIGH.  And in many of these violent, extreme crimes, “bath salts” have been implicated as the causative factor.  In fact, there’s been a DRAMATIC increase

in calls to poison control centers around the nation regarding “bath salt” intoxication, from 304 calls in 2010 to over 6,000 in 2011.   So, no zombies!  But when someone uses this product, a zombie-like state ensues, followed by bizarre behavior (like you’d expect from a zombie!).

It seems the active ingredient in these products is metheylenedioxypyrovalerone (MDPV for short!) and it’s a powerful stimulant and hallucinogen.  Initially, the user experiences increased blood pressure and pulse, maybe some chest pains, and then significant paranoia along with extreme agitation and nonsensical violence.  Some have determined this drug to be such a strong central nervous system (CNS) stimulant that it’s like mixing methamphetamine with cocaine and it produces an effect about ten times that of an equivalent hit of cocaine.  Bottom line: it’s mind-blowing powerful!  And it’s equally as dangerous and habit-forming!

The particular allurement is that it’s cheap and easy to buy.  A small baggie of “bath salts” costs between $20-40, whereas an equivalent amount of cocaine would cost over $2000.  And it’s not sold on the street corner or stolen out of pharmacies.  It’s been sold openly in mini-marts, other convenience stores and smoke shops.  They’re labeled as “bath salts” and “Not for Human Consumption” to avoid government regulation.  They’ve been around for several years but weren’t made illegal in some states until last fall, and that’s just a temporary injunction good for one year pending further evaluation by the federal government.

That’s the problem with so-called designer drugs.  They’re new chemicals that come on the scene and avoid government scrutiny because there are no laws against a drug that hasn’t been invented yet.  Even an outlawed drug can be changed chemically in a minor way to produce a whole new compound and that product would be legal until something happens to spotlight its public danger.  Only then would the government take action to criminalize the ingredients of the drug – you can’t create a law against something that doesn’t exist!  The sad news is that the process to criminalize a chemical can take time.

So I’d say there’re no zombies out there, just foolish people trying to escape reality with the latest, and extremely dangerous, recreational drug.

With experience in both pharmaceutical manufacturing and clinical patient management, medications and their impact on one’s quality of life have been my expertise. My secret passion of murder and mayhem, however, is a whole other matter. I’ve always loved reading murder mysteries and thrillers, and longed to weave such tales of my own. Drawing on my clinical expertise as a pharmacist and my infatuation with the lethal effects of drugs, my tales of murder, mayhem and medicine will have you looking over your shoulder and suspicious of anything in your medicine cabinet.
View all posts by James J. Murray, Fiction Writer →
This entry was posted in Bath Salts and Zombies, Drug Abuse and tagged Bath Salt Abuse, Bath Salts and Zombies, CDC and Zombies, Designer Drug Abuse, Designer Drugs, Designer Drugs and Crime, James J. Murray, Murder Mayhem and Medicine, pharmacist writer, Zombie Apocolypse, Zombies and Crime, Zombies and Psychotropic Drugs. Bookmark the permalink.

6 Responses to Bath Salts and the Zombie Apocalypse!