Today, I have a very special guest for my weekly blog! I’d like you to welcome Walter Lapinsky and his interesting blog on achieving perfection in your endeavors. 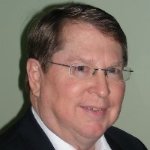 Walt has over 40 years of software development, business-to-business marketing and partner relationship management experience. Walt owns a software consulting firm and also serves as Vice President, Cloud Security for Purposeful Clouds, where he provides strategic and operational guidance on many fronts specifically leveraging his more than 15 years working in the DoD environment, concentrating on data security. Walt was recently named one of the top 100 bloggers on Cloud Computing by the Cloud Computing Journal. And now to his blog on perfecting your craft.

We have all heard the saying “Old age and treachery win out over youth and enthusiasm every time.”  I notice that I tend to use it more often as I get older.  The great thing about the saying is that it is usually true.  It seems that it takes 10,000 hours to really be good at something.

While this saying has been around for a long time, Malcom Gladwell’s Outliers: The Story of Success did a lot to make the idea known.  The book debuted in 2008 at number one on both the New York Times and The Globe and Mail (Canada) non-fiction bestseller lists.

Michael Jackson probably reached his 10,000-hour mark by the time he was a teenager.  He continued right up to the end putting in extreme effort on all aspects of everything he did, whether a performance or his house and grounds.  You may not have liked him either as a performer or a person, but he sure was amazing at what he did.

Your average airline pilot has more than 10,000 hours.  Chesley “Sully” Sullenberger III, the US Airways pilot who “landed” an Airbus A320 in the Hudson River in 2009, had over 19,000 hours of experience at the time.  I think those passengers were really happy he had all of that experience.

This is true for almost any endeavor.  I really want an accountant that has reached that mark.  She will almost magically spot the silly stuff.  I would much rather have an experienced surgeon than one with a still-wet diploma.

Even your “average” child prodigy probably has close to 10,000 hours with his or her skill, although there is no arguing that innate talent is a big help.

What is 10,000 hours?  About five years if that is all you are doing.  Ten years is probably a better estimate; that works out to 3 hours of real “practice” a day.

Young folk make mistakes.  When I was learning to drive in Pennsylvania, you took a six-hour course that maybe had 30 minutes behind the wheel with a professional teacher, and maybe another 20 hours with your parents, always an interesting experience.  By the time our kids were learning to drive in California, they needed a 20-hour course with a professional and a minimum of 100 hours with a parent or experienced older driver.  Young drivers have great reflexes and excellent vision, and as long as nothing goes wrong they are usually OK.  But any “huh?” event can be fatal, whether it is texting, a flat tire or other mechanical failure, bad weather, or some other driver not paying attention.  This is a large reason why professional truck drivers have a much better safety record on a per driven mile basis than your normal casual driver: they have seen, and survived, a lot.  Their instincts have become attuned to the smallest change in their environment.

Perhaps the real key to the 10,000-hour rule is that it is very hard to get surprised.  You have seen it or something very much like it before.  You know what works and, more importantly, what does not in any given situation.

While devoting 10,000 hours may be necessary to be really good at something, it is not sufficient.  We have all had the really bad “experienced” teacher.  Every school day, your average teacher spends maybe four hours in front of a class and another couple of hours in planning, preparation and grading.  For this purpose, we can ignore the time spent in the purely administrative stuff and the workshop days.  Unless the teacher is teaching the teachers, that time is not performing the “teaching” job.  Thus this “average” teacher achieves 10,000 hours in nine or ten years.  One of the worst teachers I ever had was at the University of Delaware.  This guy had been teaching the same class for over 30 years and literally wrote the book.  But he had no classroom presence, ignored students, and got lost in his lectures.

Bill Gates, in a 2011 interview with his father, agreed with the 10,000-rule, but added that there were a few other requirements: luck, timing, and a certain level of fanaticism.  He claims that the key to getting to that level is surviving all of the attrition events. On average, 90% of the time people give up after 50 hours on something new, for any number of reasons.  This includes the opportunity for your employer to give up on you.  Another 90% give up after another 50 hours.  It can be very difficult to hang in there for the full term.

When you are looking for someone or an organization to help you or your company make a significant change, you ought to pay attention to the 10,000-hour rule.  You do not want to bring in a consultant who has recently taken a six-hour course on the subject; you would be better off taking the course yourself.

This can be a problem if you are looking to go to the Cloud.  There are a lot of Cloud certificate programs out there, many of which require that you spend around 100 hours studying up for the test, and send them some money.  I hold a Certificate of Cloud Security Knowledge from the Cloud Security Alliance.  I probably spent about 100 hours specifically preparing for that certificate, but had spent the prior four years immersed in Cloud Computing in general and more specifically with security in the Cloud.  That experience is on top of another 30+ years working in a variety of enterprise-class environments where performance, availability and security concerns were critical.

Ten people with 1,000 hours do not equal one person with 10,000.  As you look at the Cloud, look also at the real experience theses Cloud Service Providers and consultants have that are bombarding you with “opportunities to help you.”

Keep your sense of humor.

Special Note: Walt usually gets the last word in his blogs, but today I get the chance. Whether it’s cyber security, the art of writing or that special sport that defines you, perfection is worth the effort. Walt has been my resource for all things “cyber” in my novel writing and he keeps my computer doublespeak believable. For that special interactive website you’ve always wanted, or the reliability of today’s cloud services that’s a must as your company goes high tech, Walt is your “go-to” guy.

Walt can be contacted through his websites:

With experience in both pharmaceutical manufacturing and clinical patient management, medications and their impact on one’s quality of life have been my expertise. My secret passion of murder and mayhem, however, is a whole other matter. I’ve always loved reading murder mysteries and thrillers, and longed to weave such tales of my own. Drawing on my clinical expertise as a pharmacist and my infatuation with the lethal effects of drugs, my tales of murder, mayhem and medicine will have you looking over your shoulder and suspicious of anything in your medicine cabinet.
View all posts by James J. Murray, Fiction Writer →
This entry was posted in Achieving Perfection, Cloud, Culture Shock, Data Security, Future Shock, Lapinsky, Mastering Your Craft, wrLapinsky and tagged 10000 Hours to Perfection, Achieving Perfection, Cloud, Cloud Computing, Cyber Security, Future Shock, Lapinsky, LinkedIn, Mastering Your Craft, Website Development, wrLapinsky. Bookmark the permalink.