With the Syrian Civil War prominently in the news recently, we’re reminded of the 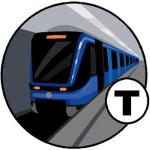 deadly effects of sarin gas. The loss of over 1400 lives in August 2013 is both tragic and horrific, and it calls to mind that sarin has been used as an agent of terror in the past.

Although the chemical is highly controlled by governments, nothing is absolute and some even speculate that the sarin gas used in Syria was homemade and produced by the opposition. Without getting into the politics of the event, it’s safe to say that sarin is an interesting weapon and continues to have the potential to be center stage in thriller and international conspiracy plots.

Sarin was first developed by Germany in 1938 as a pesticide before its full lethal capabilities were understood. From that point, its use as a chemical weapon began to develop.

In its purest form, sarin is a clear, colorless, tasteless liquid. Exposure to as little as one to 10 mls of liquid sarin on the skin can be fatal—that’s the equivalent of several drops up to less than a teaspoonful. The liquid form, however, is highly volatile and easily turns into a gas at room temperature. Concentrated vapors readily penetrate skin.

Sarin, like other chemical agents of war, attacks the nervous system and prevents the peripheral nerve endings from switching off. The agent causes overstimulation of the nerves that control muscle and glandular functions and inhibits key neurotransmitters. It’s 26 times more deadly than cyanide. Although sarin has a shelf life of only weeks to months, its storage time can be extended with chemical stabilizers.

This lethal agent can be absorbed into the body by inhalation, ingestion, skin contact or eye contact. Interestingly, clothing exposed to concentrated sarin vapors can absorb the gas and then release it for up to 30 minutes following contact. This exposes not only the person wearing the clothing but also those in the immediate vicinity of the victim.

The initial symptoms of sarin exposure are a runny nose, tightness in the chest and

Eventually, the person chokes and goes into convulsive spasms. Death usually results from asphyxia (an inability to breath properly) due to loss of control over the muscles involved in breathing.

It has been documented that death from sarin exposure is due to the “Killer B’s” – bronchorrhea (excessive watery sputum) and bronchospasm (a sudden constriction of the airways, making breathing impossible).

The lethal effects exhibit within seconds to minutes of exposure and death can occur within one to 10 minutes. Even at low concentrations, death occurs within one minute after direct ingestion and within a few hours after an indirect exposure. Medical literature on sarin states that diagnosis of exposure to the poison is best detected by looking for the symptoms acronym “SLUDGE”: salivation, lacrimation (excessive tear production), urination, defecation, GI distress and emesis.

People can also absorb a non-lethal dose of sarin. But without immediate medical treatment with antidotes (pralidoxime, biperiden or atropine), permanent neurological damage may result.

The proper treatment for sarin exposure includes immediately removing the source of exposure, flushing the eyes with water for five to 10 minutes, quickly isolating any vomited fluids as contaminants, administering one of the antidotes, removing and isolating exposed clothing, and washing the skin with generous amounts of soap and water.

In the proper genre, a writer could develop an exiting scene in which a victim is exposed to, and painfully dies from, sarin gas. The quick actions of either the protagonist or the antagonist would determine if the victim lived or died and establish the path in which the story unfolds.

With experience in both pharmaceutical manufacturing and clinical patient management, medications and their impact on one’s quality of life have been my expertise. My secret passion of murder and mayhem, however, is a whole other matter. I’ve always loved reading murder mysteries and thrillers, and longed to weave such tales of my own. Drawing on my clinical expertise as a pharmacist and my infatuation with the lethal effects of drugs, my tales of murder, mayhem and medicine will have you looking over your shoulder and suspicious of anything in your medicine cabinet.
View all posts by James J. Murray, Fiction Writer →
This entry was posted in About James J. Murray, Biological Warfare, Bioterrorism, Blogging, Bloodless Death Scene Writing, Bloodless Death Scenes, Drugs and Bioterrorism, Drugs Used to Murder, Sarin and Murder, Sarin as a Weapon, Sarin Exposure Symptoms, Sarin Gas, Sarin Gas and Syria, Ways to Murder, Writing Murder Scenes Using Sarin and tagged Antidotes for Sarin Poisoning, blogging about crime, blogging about drugs, crime fiction writer, Deadly Effects of Sarin Poisoning, drug-related murders, Exposure to Death with Sarin, How Deadly is Sarin, How is Sarin Absorbed, James J. Murray, murder by lethal injection, Murder Mayhem and Medicine, Non-Lethal Doses of Sarin, pharmacist writer, Sarin as an Agent of Terror, Sarin Exposure, Sarin Gas and Murder, Sarin in War, Sarin Nerve Gas, Sarin Poisoning Use in Murder Mystery Plots, Sarin Poisoning Used in Genre Writing, Symptoms of Sarin Poisoning, The Killer B's of Sarin Poisoning, The Symptoms Acronym for Sarin Poisoning. Bookmark the permalink.