Population aging in first world countries is a growing concern for many reasons. One of those involves the issue of polypharmacy in the older adult.

Polypharmacy is defined as a patient using four or more medications concurrently and statistics show that 40% of senior adults living in their own homes are affected. Additionally, over 20% of adults with intellectual disabilities (Alzheimer’s and other dementia diagnoses) are exposed to polypharmacy prescribing practices.

medically necessary, but that situation is more difficult to identify without discontinuing all medications one-at-a-time to discover which drug produces no ill effects when discontinued.

The potential for polypharmacy increases when patients are seen by multiple physicians for varying chronic illnesses. Often adequate communication among the prescribing physicians is lacking and this contributes to additional, and at times inappropriate, prescribing.

Specific concerns regarding polypharmacy include increased adverse drug reactions that can erode a patient’s quality of life, as well as a decrease in mobility and mental capacity. With polypharmacy, there is the potential for increased drug interactions that can exhibit as either enhanced or reduced therapeutic effects of the interacting drugs. Such situations where drugs literally fight with each other in the body may necessitate medication dosage adjustments to compensate for the interactions if the offending drug regimen must be continued.

Additional concerns include a phenomenon known as Prescription Cascade—a

term that refers to the side effects of a drug that are misdiagnosed as completely new medical issues and that result in further drug prescribing. The potential for additional side effects and/or drug interactions with the introduction of even more drugs can lead to FURTHER adverse drug reactions, and potentially even more drugs added to the equation.

One of the issues at hand is that patients are physiologically unique and can react somewhat differently to drug therapies. Therefore, physicians may not easily identify a new patient complaint as a drug side effect or a drug combination interaction.

and ask the pharmacist to do a thorough drug interaction study of current medications. The drugs involved in the interaction study should include over-the-counter (OTC) medications and herbs since these too can contribute to adverse drug reactions and interactions. Some of the more commonly used OTC drugs include acetaminophen, ibuprofen and aspirin and these can contribute to adverse drug effects, especially in the elderly.

Clinical pharmacist Jon Masters seems to have it all. But still haunted by his days in 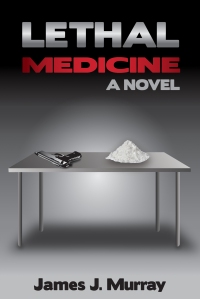 Special Forces, Jon’s life implodes when evidence found at a murder scene implicates him in an elaborate scheme to distribute a pharmaceutical quality street drug disguised as an experimental medication. With the help of a trusted army confidante, Jon reenters the world of covert ops and cyber intelligence, and he embarks on a global mission to save his reputation and regain control over his life as he uncovers a complex international conspiracy to redefine the nation’s recreational drug culture.

Available in Paperback and eBook Formats!