A couple of weeks ago, I wrote a blog on how to write a bloodless death scene. It detailed

some interesting assault techniques, both physical and by chemical means, to incapacitate and likely kill a character whose demise is a necessary part of your storyline.

That blog made me think of a portion of the storyline from my current work in process, a novel in which there is mention of attacks on women while running on a trail. It’s not actually part of the main plot, but I used that piece of information as a device to explain security cameras in a park.

Since I’m a runner and many of those I run with are women, there are always 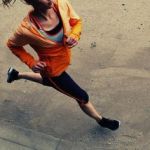 safety concerns from my female runner friends about running on trails. Many have attended self-defense classes and are trained to protect themselves from sudden attacks. I’d like to share a few of those self-defense techniques with you.

Although these actions may not necessarily kill an attacker, they will certainly incapacitate someone trying to do harm to you or another person. Hopefully, these techniques may prove useful in one of your storylines as well; and, of course, my wish is that you NEVER need them to protect yourself in a real-life situation.

The top seven techniques to protect against an attacker are as follows:

Nasion Strike: The nasion is the intersection of the frontal bone and two nasal bones of the skull. It’s located in that depressed area directly between the eyes, just superior to the bridge of the nose. A strike there will certainly stun the aggressor. Although debatable if lethal when struck with sufficient force, it may possibly cause death.

Philtrum Strike: The philtrum is the medial cleft or the vertical groove between the base of the nose and the border of the upper lip. Attack someone there and it will often render the individual unconscious, and could possibly be lethal—again debatable, but if struck with enough force, a blow could crush underlying bone.

Jaw Punch: Making a tight fist and giving a powerful hook punch to the front side of the

jaw will at least stun an attacker and often result in a release of grip so that the victim can get away. A powerful enough punch could prove to be fatal by snapping the aggressor’s neck.

Base of the Cerebellum: If able to initiate a powerful blow to the nape of the neck of an attacker, it could cause lethal damage and death. Less powerful blows would at least stun the aggressor.

Uppercut Punch: An upward strike to the bottom of the jaw with the heel of one’s hand will cause the attacker to become disoriented, or at least cause an imbalance long enough for victims to free themselves from an aggressor’s grip. A powerful strike may snap back the attacker’s neck enough to shatter neck vertebrae, an injury that might prove fatal.

Heart Punch: This is simply a strong punch to the heart area and may require both

hands to achieve a powerful enough strike to incapacitate the attacker. A lethal punch to the chest over the heart may cause a lethal disruption of the heart rhythm, and at least stun the attacker.

Rib Cage Punch: This is like the heart punch but in a slightly lower area on either side of the chest. A rib cage punch performed hard enough can cause one or more ribs to shatter, a painful strike that will stun the attacker and could possibly lead to grave internal bleeding.

A final suggestion is that an effective counter attack is extremely important. It’s said that a battle is never won by defensive action alone. If assaulted, attack back with all your strength and look for areas of the aggressor’s body that may be vulnerable and open to attack.

Doing so could mean the difference between life and death.

With experience in both pharmaceutical manufacturing and clinical patient management, medications and their impact on one’s quality of life have been my expertise. My secret passion of murder and mayhem, however, is a whole other matter. I’ve always loved reading murder mysteries and thrillers, and longed to weave such tales of my own. Drawing on my clinical expertise as a pharmacist and my infatuation with the lethal effects of drugs, my tales of murder, mayhem and medicine will have you looking over your shoulder and suspicious of anything in your medicine cabinet.
View all posts by James J. Murray, Fiction Writer →
This entry was posted in A How To Blog on Murder Plot Ideas, A How To Blog on Murder Weapons, A Writer's Psyche, About James J. Murray, About Murder, About Writing, Accuracy in Editing, Accuracy in Writing, Achieving Writing Perfection, All About Murder, All About Writing, Blog Writers, Blogging, Bloodless Death Scene Writing, Bloodless Death Scenes, Characteristics of Killing, Characteristics of Murder, Deciding How to Kill Off a Character in a Novel, Deciding What Types of Fictional Characters Fit Into Your Plot, Defining Murder, Designing Murder Plots, Developing Better Writing Skills, Developing Story Plots, Developing Storyline Ideas, Developing Writing Skills, Evidence Free Murder, Fiction Based on Facts, Fiction Based on Real Life, Fiction Writing - A Believable Lie, How to Choose a Murder Weapon for a Plot Idea, How To Write A BloodLess Murder Scene, Ideas for Murder Scenes, Instruments of Death, James J. Murray Blog, Murder Mayhem and Medicine, New Blog, New Methods of Murder, New Methods To Kill Characters in Your Novel, Plot Development, Plot Ideas and Where They Come From, Plotting Interesting Murder Scenes, Plotting Murder Scenes, Prescription For Murder Blog, Self Defense Ideas, Self Defense Lessons, Story Development, The Art of Storytelling, The Art of Writing, the perfect murder weapon, The Psychology of Murder, The Science of Murder, Ways To Kill, Ways to Murder, Writing Death Scenes, Writing Dramatic Murder Scenes and tagged a believable lie, Best ways to kill without blood shed, Best ways to kill without bloodshed, Blogging, blogging about crime, Bloodless Death Scenes, Bloodless Kills, Bloodless Ways To Kill, Blow to the Base of the Cerebellum, Counter Attacks to Aggression, fiction writer, Heart Punch, how to construct a murder scene, James J. Murray - Fiction Writer, Lethal Jaw Punch, Lethal Uppercut Punch, Murder Mayhem and Medicine, murder mystery writer, Nasion Strike, new blog, Philtrum Strike, Physical Violence Without Blood, Prescription For Murder Blog, Rib Cage Punch, Science of murder, Self Defense Lessions, writing pharmacist. Bookmark the permalink.