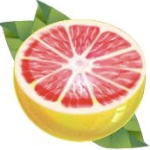 This is not new information regarding grapefruit with certain prescription drugs, but that label warning reminded me that many are still unaware of this very serious drug-food interaction.

The list of drugs that interact with grapefruit now includes many blood pressure medications, most of the cholesterol-lowering drugs, certain cardiac drugs, some anti-seizure medications, specific chemotherapy drugs and a few antibiotic medications.

Sometimes a news anchor will warn the public to stop taking such medications and call their physicians for alternatives. That advice may be premature, and dangerous in itself, if there is not another safer medication that can be substituted quickly. The easier solution and a much safer recommendation would be to simply STOP EATING GRAPEFRUIT!

Many of the drugs that interact with grapefruit are maintenance medications, those that patients take every day for chronic medical conditions. If a patient is achieving acceptable therapeutic effects with a drug therapy, it’s considered irresponsible to discontinue that drug in favor of a specific food choice.

As healthy and tasty as grapefruit is, if taken with certain medications it can be deadly.  As little as one-half grapefruit, or the equivalent in juice, can interfere with the metabolism of certain drugs.  A chemical in grapefruit called furanocoumarin causes certain drugs to stay in the body much longer than expected and this creates an overdose effect when subsequent drug doses are given.

Patients have died from respiratory failure, kidney failure and internal bleeding as a result of this accumulated drug effect. The problem remains a public health hazard for two specific reasons.

First, many people don’t read warning labels and, secondly, people don’t associate a food as simple and healthy as grapefruit as having a deadly effect.

And the problem is becoming more widespread as additional new drugs become available that have this potential for interaction with grapefruit.

It’s a much more responsible plan to eliminate grapefruit from the diet than it is to find a replacement drug, particularly if that drug is working well to control a medical condition.

With experience in both pharmaceutical manufacturing and clinical patient management, medications and their impact on one’s quality of life have been my expertise. My secret passion of murder and mayhem, however, is a whole other matter. I’ve always loved reading murder mysteries and thrillers, and longed to weave such tales of my own. Drawing on my clinical expertise as a pharmacist and my infatuation with the lethal effects of drugs, my tales of murder, mayhem and medicine will have you looking over your shoulder and suspicious of anything in your medicine cabinet.
View all posts by James J. Murray, Fiction Writer →
This entry was posted in About James J. Murray, About Medications/Pharmacy, Blog Writers, Blogging, Deadly Food-Drug Interactions, Deadly Grapefruit, Food-Drug Interactions, Furanocoumarin, Furanocoumarin and Grapefruit, Grapefruit and Drugs, Grapefruit as a Public Health Issue, Grapefruit-Drug Interactions, How Grapefruit Kills, Medication Safety Issues, Murder Mayhem and Medicine, New Blog, New Drug Research, Pharmacist Errors, Prescription Drug Safety, Prescription For Murder Blog, Prescription Trends, The Practice of Pharmacy, Using Grapefruit to Kill and tagged A Healthy Food Can Be Deadly, blogging about crime, blogging about drugs, Dangerous Drug-Food Interactions, Deadly Grapefruit Interactions, Deadly Grapefruit-Drug Interactions, Drugs Used for Murder, Grapefruit is a Public Health Hazard, Healthy Foods Can Be Deadly, How Grapefruit Can Kill, James J. Murray - Fiction Writer, Killing Without A Trace, Murder by Grapefruit, Murder Mayhem and Medicine, murder mystery writer, new blog, pharmacist writer, Prescription For Murder Blog, Reading Prescription Warning Labels, Reasons to Stop Eating Grapefruit, Safe Foods Can be Deadly, Safety of American drugs, Science of murder, Simple Foods That Kill, Warning Labels For Grapefruit, Warning Labels on Prescription Bottles, Why People Don't Read Prescription Bottle Warning Labels, Why Some Healthy Foods Are Not Safe To Consume, writing pharmacist. Bookmark the permalink.

1 Response to GRAPEFRUIT – The Killer Fruit!