threat of antibiotic resistance—specifically, the increasing number of bacterial infections that are resistant to conventional antibiotic therapy.

The antibiotic resistance problem is complex and the medical community is increasingly concerned about the catastrophic potential of this issue.

In fact, the World Economic Forum, which surveys over 1,000 global experts each year regarding the top 50 global risks, has highlighted antibiotic resistant bacteria as one of the primary global risks facing the modern world.

During this winter season, respiratory infections are a particular concern. Awareness of early and appropriate treatment can make a difference between a minor inconvenience 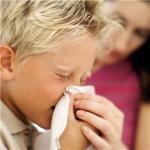 and a serious, long-term sinus or bronchial infection.

Each year over two million people in the United States experience a drug-resistant bacterial infection, and at least 23,000 each year die as a result of untreatable infections.

At that point in time, multidrug-resistant (MDR) bacterial strains, also called “superbugs”, would run rampant and kill indiscriminately. A post-antibiotic era would look much like the world of the past (the pre-antibiotic era) when illnesses such as a common strep throat or scratched elbows could evolve into super infections that progressed to death, as these illnesses often did before antibiotic use became common practice.

The CDC has developed a multi-part solution to prevent such a dire medical future and is working with the medical community to implement these four important life-saving steps: infection prevention, tracking antibiotic resistance patterns, practicing antibiotic stewardship, and developing new antibiotics/diagnostic tests.

Infection Prevention: This is a primary practice to reduce antibiotic use. Remaining healthy, infection free and isolating ourselves away from those who are sick are important steps to limit our need for antibiotics. At no time is this more important than during the winter season.

Tracking Antibiotic Resistance Patterns: Antibiotic resistance, a problem previously seen only in hospitals and associated with critically ill patients, has extended to the outside world. Community-acquired bacterial infections have developed resistance to all different classes of antibiotics currently available.

Practicing Antibiotic Stewardship: The CDC estimates that half of antibiotic use is unnecessary. Antibiotics are only effective against bacterial infections. Colds and flu

The molecular mechanisms for drug resistance are complex and can simultaneously create resistance to several antibiotic classes at once, creating very dangerous multidrug-resistant bacterial strains, also known as “superbugs”, which I wrote about in previous blogs (here, here and here). Indiscriminate use of antibiotics in outpatient clinics, hospitals, and in the food industry makes up the leading factors for antibiotic drug resistance.

Developing New Antibiotics and Diagnostic Tests: Presently, there is an “Antibiotic Discovery Void”—new antibiotic research is minimal at this time. The pharmaceutical industry, academic institutions and the government—mostly because of economic factors—are not investing enough financial resources into the research necessary to produce the next generation of newer, safer, and more effective antibiotic drugs.

The potential lethal consequences of this lack of research put the world’s population at risk for the spread of serious MDR bacterial infections, resulting in unnecessary deaths from once easily cured infections.

Hopefully, the world of the future will not involve routine self-isolation from others in order to prevent or survive a bacterial attack.

4 Responses to The Post-Antibiotic Era